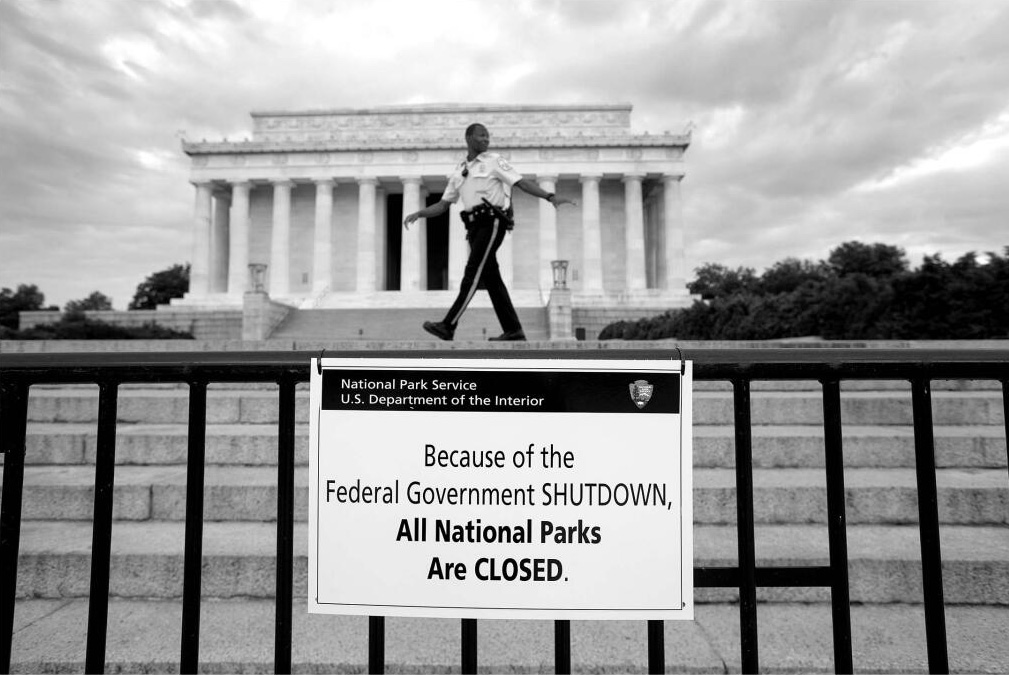 If you’re an investor (and anyone with a 401k plan is), you’ve heard of the “Lost Decade”- The first ten years of this century where investing in the DJIA or S&P 500 produced little or no returns.  Recent media reports value the Government Shutdown’s lost productivity at upwards of $24 Billion, but I think it’s going to be more- Here’s why you’re about to see the “Lost Quarter” (remember, you read it here first on GubMints.com).

There are a lot of under-reported sunk costs and lost revenues that took place during the Government Shutdown- And I’m not just talking tourists wasting gas money driving around DC in search of an open museum or monument.

Imagine you run a grocery store.  You’re dependent on the government in two ways- You need the blessing of the USDA to license your store (so you can stay open for business), and you frequently sell groceries to customers who are paying with WIC/EBT (spoken: “Food Stamps”).

Now take the above paragraph and replace the word “Grocery Store” with “Defense Contractor”.  The defense contractors are going to have a horrible 4th Calendar Quarter this year because of the delays and lost revenue associated with the Shutdown (as full or partial as it may have been felt).

There’s lots of examples of these.  Real Estate purchases delayed or lost because of frozen mortgage applications during the Shutdown.  The costs of re-starting a federal service or production from dead stop.

Here’s my favorite “Mop-Up” gem, the Labor Department now has to spend money to audit states who doled out unemployment checks to Feds during the Shutdown.

No jokes about government worker laziness or Disgruntled Postal Workers here.  I’m not talking about lost productivity while at work, I’m talking about a huge can getting kicked down the road- “Use or Lose” Annual Leave.

One of my pet peeves as a leader of Federal Employees was the dreaded “240 Club”.  By regulation, Feds cannot carry more than 240 hours of vacation (Annual Leave) across the calendar year boundary.

Feds can easily accrue this much vacation, as Feds earn between 104 hours (for new employees) and 208 hours (experienced employees) per year.   When you consider that Feds already get off every federal holiday and earn 104 hours of sick leave per year (which never expires),  this puts many Feds in a ‘Use or Lose’  vacation status towards the end of the year.

As a result, many Feds take a long vacation (or a series of 1-week breaks) during the November-December months.   This is because from the supervisor’s perspective, it’s just as painful to request a ‘carryover’ waiver for one of your employee’s  in a “Use or Lose” vacation status as it is to have them absent from the office for a few additional days.

The end result is that it is damn near impossible to get anything accomplished or reviewed by a Federal agency during the weeks between Thanksgiving and Martin  Luther King weekend.   For those with only private sector experience, it’s comparable to closing a contract with a European customer during the month of August- Not going to happen.

Back to the Shutdown.  Feds not only received back pay during the shutdown (which is probably fair, as the shutdown was an event which could not be planned for), but Feds also accrued Annual Leave during the Shutdown, as though they had been on the clock for each and every hour.

So when you add the 1-2 weeks of government non-productivity during the shutdown to the  already unproductive 5+ weeks between Thanksgiving and MLK day, you essentially have a “Lost” Quarter.

… but it will only get better with the next Shutdown (the one that is planned following the 2014 MLK weekend).